World building is one of the most difficult, but also most rewarding aspects of writing fantasy. Relic is set in Old West Colorado, but there's a strong fantasy twist that changes everything. Needless to say, I had a lot of world building to do. So when Megan Shepherd dared us to write a piece of flash fiction set in the world of our novel, I had plenty of material to work with.

Without further ado, I present:

"Last Confessions of an Outlaw"

Our first mistake was to plan the raid on a night with a full moon. For one thing, it was bright as a blasted spring morning out there on the desert. Not to mention it brought the ghost coyotes out of their caves. Their mournful howls echoed against the red rock cliffs, setting the whole group on edge.

But Sid just smiled, his chimera relic eye glinting in the moonlight like orange gold.

Some said he’d lost his real eye in a fight. Others said he’d taken it out himself to have the perfect place to carry his relic. Hats or amulets, or even relic-fitted weapons could be lost and stolen. But if a man wanted to take Sid Moreno’s chimera piece, they’d have to come face to face with him to do it.

When the sound of a gunshot, our signal, pierced the night, everyone froze.

We each held up sticks with kerosine dipped cloth tied around the tops. With that semi-crazed grin of his, Sid inhaled and blew a foot-long blast of flames out of his mouth, igniting the torches. He tossed one to each of us.

It was a darn fool thing to do, if you ask me: putting an extremely rare, expensive, not to mention illegal relic like werewolf on a piddly little stagecoach. Even one taking a secret desert path in the middle of the night. These folks, whoever they were, clearly didn’t know who they were dealing with. Sid could find a fairy bone in a haystack.

A cloud of dust rose on the dark horizon ahead. The coach. We rode hard for it, spreading out in a wide arc. The wind beat against my face as we drew near, and a rush of excitement filled my gut. It always did on a raid. I’m a wicked man. I’ve known that since I was twelve.

Gunshots blasted through the air. Driver had spotted us. The four steeds that lead the coach whinnied with anxiety, jerking their heads against their reigns. Sid laughed and blew another big breath of fire, just to spook the horses even more.

We’d robbed more coaches than I could remember. The process was routine by now. That night, however, as we went up to surround the coach, I caught sight of a passenger in the window. A little girl with big brown eyes and a round nose and dark curls that fell about her face.

I was supposed to shoot. Blast a ball of fire from my dragon-bone pistol right into the hull of the carriage. Kill any passengers. Bring down the driver. Then ride off before the rangers rode in—inevitably five minutes behind us. We’d done it a thousand times. The flickering magic from the relic weapon in my hand tingled down my arm in anticipation. I should shoot.

“Now!” Sid cried. Angry flames lashed from his mouth as he shouted.

Anabelle. I finally placed the face. That little passenger was the spitting image of my sister’s daughter, Anabelle. A real sweet girl. She used to climb up on my lap and ask me to tell her stories about ancient mermaids and dragons.

A flash of light drew me out of my thoughts. Sid’s fire breath. He was aiming for the horses. The thick leather of their reigns caught aflame in an instant. The animals screeched, flailing out of control. In the shimmering firelight, I could see the little girl screaming behind the window.

Something inside of me broke. Something hard and dark and cruel—deep inside of me—shattered into pieces. And before I knew what I was doing, I had my pistol aimed at Sid.

My finger squeezed the trigger. Light and heat flashed around me. Screams. Horses whinnying into the darkness.

By the time the coach crashed to the sand, most of the others had already scattered into the night. They knew the rangers were on our tail. Five minutes behind us.

In five minutes I could be off into the safeness of the desert. My eyes fell to the burning, broken mass of the carriage. The passengers inside screamed, trapped by the flames and wreckage. A hand reached out with desperation.

In a daze, I jumped from my horse and ran to the coach. Let the rangers catch me. I wouldn’t watch that little girl die.

*  *  *
They tell me she came through real well, once the burns had healed. Her Ma, too. The thought pleases me. It’s just the thing I needed to hear on my last day on Earth.

A fella comes to terms with a lot of things when he’s set to hang. I never been a good man, but I hope this letter finds its way to my sister. To Anabelle. I hope she knows that I’ll go to my death thinking of her. Of her little brown eyes looking up at me as I tell her stories of mermaids and dragons. I reckon I’ll die with a smile on my face. 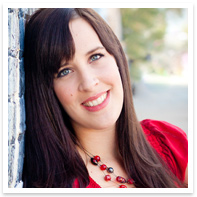 Renee is a YA writer and professional ponderer. She loves historical settings, fantasy, and semi-tragic romance. RELIC is her first novel, coming September 2013 from Entangled Teen!

Posted by Renee Collins at 1:44 PM