Hi, everyone! Apparently I love making a fool of myself. See video below for evidence.

Next week on the blog is Megan Shepherd. So don't you think we should allow her to make a fool of herself too?? Leave your dares here for Megan.

Kasie West writes YA paranormal and contemporary. She graduated from Fresno State University with a BA degree that has nothing to do with writing. She earned her masters in Junior Mint eating (which is awarded after eating your millionth King Size box....and is now working on her PhD). She loves sappy alternative rock ballads and reading way past her bedtime.
Her debut novel PIVOT POINT came out with HarperTeen February 12, 2013. And her contemporary novel THE DISTANCE BETWEEN US will be out July 2, 2013.

Today Is The Day To Get TAKEN!

To misquote Norman Bates, "We all get a little jealous sometimes."

Yeah, we totally do. And before I had my cover for NOT A DROP TO DRINK, I had a serious jealous-freak going on with Erin's cover for TAKEN. You can see why.

It's beautiful, colorful, and foreboding as hell. As a librarian I took one look at it and said, "OK, my kids are going to gravitate right towards this one." And as a reader I knew that pretty packages don't always live up to the promise of the wrapping paper. But this time, there was nothing misleading.

Check out my librarian pitch of TAKEN below, then look back at the cover and tell me you don't want this in a somewhat inappropriate way.

Claysoot is not a place anyone would stay- unless they had to. The Wall keeps them in, the women, the children... but not the men. Because there aren't any.
One their eighteenth birthday the boys disappear in a flash of light. It comes with wind, and the shaking of the ground, and then they are gone. Any boys who try to escape this fate by climbing the Wall are tossed back within hours, curled into an eternal fetal position, burnt to death.

Gray Weathersby watches his older brother disappear, well aware that his time is coming soon. Even though Claysoot has little to offer beyond emotionless Pairings meant to boost birthrates, Gray isn't eager to be taken by a Heist. No one knows what comes after the Heist for the boys that disappear, but he knows if he's taken that he will never see Emma again, the only girl he's ever hoped to be Paired with.

Climbing the wall could be suicide, but the discovery of a strange note from his dead mother leads Gray to believe that there's more at work in Claysoot than he could have guessed. The Council leaders have their secrets, and now Gray has his. Armed with the letter and the breath of a chance of survival, Gray has to decide whether he'll risk climbing the Wall into the unknown, or let the certainty of the Heist take him away from Emma.

Oh, and my little jealousy problem? Yeah, that's all cleared up now. When I got my cover I went ahead and fell in love with it. Part of the reason why is because Erin and I have the same designer. Yep. We both love Erin Fitzsimmons, and you should too - because she's making bookshelves everywhere a little more beautiful, one book at a time.

Mindy McGinnis is a YA author and librarian. Her debut, NOT A DROP TO DRINK, is a post-apocalyptic survival tale set in a world where freshwater is almost non-existent, available from Katherine Tegen / Harper Collins September 24, 2013. She blogs at Writer, Writer Pants on Fire and contributes to the group blogs Book Pregnant, Friday the Thirteeners, From the Write Angle, The Class of 2k13, The Lucky 13s & The League of Extraordinary Writers. You can also find her on Twitter, Tumblr & Facebook. 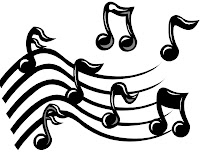 I've been playing around with different creative outlets lately and it's been really fun. So along those lines, for my post today, I dared myself to put together a special Friday the Thirteeners Playlist!

It features one song to represent each of our books. I've been lucky enough to read many of the awesome books on our sidebar and these songs are like a little slice of each! It's a great way to get a feel for our stories in music form.

Here are the reasons we picked the songs we did or you can just scroll down and start listening!

Track 1 - J.R. Johansson - Insomnia: "Letters from the Sky" by Civil Twilight - This song reminds me of Insomnia because it reflects this feeling of Parker's world falling apart around him and somehow finding a way to fight through it anyway.

Track 2 - Ellen Oh - Prophecy: “Life in Mono” by Mono - This is one of my favorite songs and for some reason it was the tune that always came to me when I thought of my main character, Kira. When I was working on her scenes, trying to figure her out, I’d literally hear this song in my head. So I just started playing it all the time and Kira came to life. I find it perfect for her because it’s a melancholy piece—sad and lonely, but still filled with hope. Kind of like Kira.

Track 3 - Megan Shepherd - The Madman's Daughter: "Seven Devils" by Florence + The Machine - When I listen to this eerie, dramatic song, I think about how the greatest dangers come not always from outside, but often from something within each of us.

Track 4 - Elsie Chapman - Dualed: "Run" by Snow Patrol - I used to listen to this song on repeat when I wrote Dualed. It's sad but really charged, and it's one of my favorites.

Track 5 & 6 - Erin Bowman - Taken: "Love Like a Sunset Part I + II" by Phoenix - These two tracks have always felt like the book’s point of no return to me. Gray makes a choice. This is the moment nothing will ever be the same.

Track 7 - Mindy McGinnis - Not a Drop to Drink: "Rocks and Water" by Deb Talan - Because it's pretty much a perfect feel for my book.

Track 8 - Shannon Messenger - Let the Sky Fall: "Hurricane" by Something Corporate - It was the song that inspired Vane's sorta bratty, easy-going voice. And it has wind references!

Track 9 - Brandy Colbert - Pointe: "Give it Away" by Zero 7 - I don't listen to music while I write, but this is a song that I listened to a lot during the period I was working on my second rewrite.

Track 10 - Renee Collins - Relic: "The Kiss" from The Last of the Mohicans Soundtrack - This is the song that captures the sweeping, historical feel of Relic the most for me.

Track 11 - Natalie Whipple - Transparent: "I Just Wanna Run" by The Downtown Fiction - I picked this because Fiona is all about running—physically and emotionally. :)

Track 12 - Kasie West - Pivot Point: "Little Wonders" by Rob Thomas - I picked this because it captures the feel of Pivot Point for me so well. One line says: Our lives are made in these small hours, these little wonders, these twists and turns of fate. That line, along with the rest of the song, says it all for me.

Track 13 - Alexandra Duncan - Salvage: "A Widow's Toast" by Neko Case - It's a hard choice, but I think this just fits Salvage the best.


So, what do you think? Do you have a favorite song from our list? Any songs that remind you of our books or that you think should've made the cut?

J.R. Johansson loves reading, playing board games and sitting in her hot tub. Her dream is that someday she can do all three at the same time. She is a YA thriller author represented by Kathleen Rushall of Marsal Lyon Literary Agency. Her debut novel, INSOMNIA, is due to be released June 10, 2013 with Flux. You can find her on twitter, goodreads, her website, or her

The dare I'm tackling today comes from our very own Megan Shepherd: Write three haikus about your book. I thought this sounded way too fun to pass up.

TAKEN is split into four parts, and I'm going to use the titles of the first three sections as jumping points for the poems...


Of Heists
for boys of eighteen,
an unavoidable fate:
gone, vanished, taken

Of Walls
to climb would mean death
but it's beckoning, calling
the promise of more

Of Rebels
a boy named Gray stands
among trees, his bones aching
for answers, for truths


Okay, this turned out to be way more fun than I expected. Perhaps it was just the creative break I needed from all the promotion/marketing I've been doing leading up to TAKEN's release. (Just a little over a week to go!)

Jenn will be up next week to answer a truth or dare, but in the meantime, check out our brain new Thirteeners tumblr! Our love of books and pop culture doesn't sleep over there, so don't miss out. :)

Erin Bowman is a YA writer, letterpress lover, and Harry Potter enthusiast living in New Hampshire. Her debut novel, TAKEN, comes out from HarperTeen in April 16, 2013. You can visit her blog (updated occasionally) or find her on twitter (updated obsessively).
Posted by Erin Bowman at 12:14 PM 36 comments