Us Friday the Thirteeners couldn't be more proud and excited to reveal not one but TWO brand new covers today! Getting a cover is a huge step in the journey toward publication, so you can imagine how hard we're celebrating such a memorable day with two of our own. Major congratulations to Ellen Oh and Megan Shepherd for their phenomenal covers for PROPHECY and THE MADMAN'S DAUGHTER!

Make sure to keep reading so you can find out how you can win signed ARCs of both PROPHECY and THE MADMAN'S DAUGHTER! 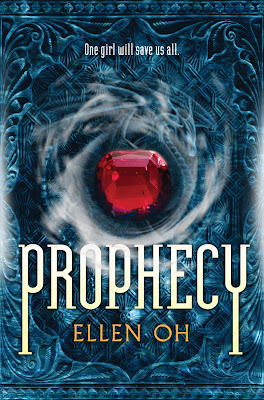 The greatest warrior in all of the Seven Kingdoms . . . is a girl with yellow eyes.

Kira’s the only female in the king’s army, and the prince’s bodyguard. She’s a demon slayer and an outcast, hated by nearly everyone in her home city of Hansong. And, she’s their only hope. . .

Murdered kings and discovered traitors point to a demon invasion, sending Kira on the run with the young prince. He may be the savior predicted in the Dragon King Prophecy, but the missing treasure of myth may be the true key. With only the guidance of the cryptic prophecy, Kira must battle demon soldiers, evil shaman, and the Demon Lord himself to find what was once lost and raise a prince into a king.

Intrigue and mystery, ancient lore and action-packed fantasy come together in this heart-stopping first book in a trilogy. 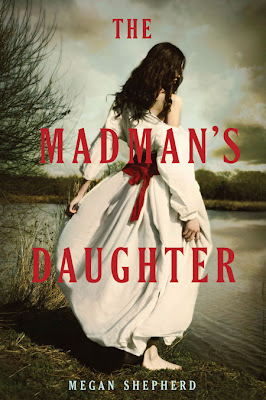 Sixteen-year-old Juliet Moreau has built a life for herself in London-working as a maid, attending church on Sundays, and trying not to think about the scandal that ruined her life. After all, no one ever proved the rumors about her father's gruesome experiments. But when she learns he is alive and continuing his work on a remote tropical island, she is determined to find out if the accusations are true.

Accompanied by her father's handsome young assistant, Montgomery, and an enigmatic castaway, Edward-both of whom she is deeply drawn to-Juliet travels to the island, only to discover the depths of her father's madness: He has experimented on animals so that they resemble, speak, and behave as humans. And worse, one of the creatures has turned violent and is killing the island's inhabitants. Torn between horror and scientific curiosity, Juliet knows she must end her father's dangerous experiments and escape her jungle prison before it's too late. Yet as the island falls into chaos, she discovers the extent of her father's genius-and madness-in her own blood.

Inspired by H. G. Wells's classic the Island of Dr. Moreau, The Madman's Daughter is a dark and breathless Gothic thriller about the secrets we'll do anything to know and the truths we'll go to any lengths to protect.


Absolutely gorgeous covers, right? And both these fabulous books kick some serious ass! For your chance to win SIGNED ARCS of both PROPHECY and THE MADMAN'S DAUGHTER, head on over to Young Adult Books Central to enter!

Huge congratulations, Ellen and Megan! You're both so incredibly talented and we're so happy and excited for you! 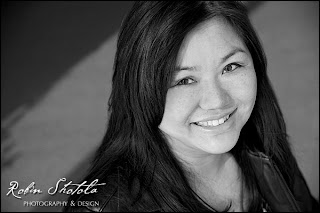 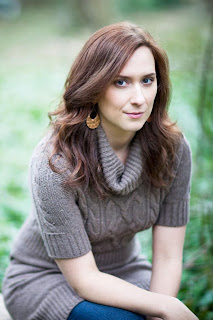 Posted by Elsie Chapman at 3:00 AM