We love to share good news, and Kasie's had quite a bit of it these last few weeks.

To start, her absolutely stunning cover for PIVOT POINT was revealed exclusively on YABC this past Friday. Here it is in case you missed it before the weekend: 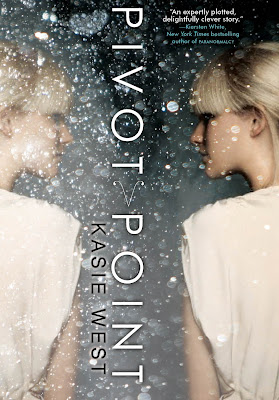 Gorgeous, don't you think? The mirrored instance of the girl? The title splitting them in two? The fractured light?! Plus, check out that blurb! And here's the official jacket copy:

Addison Coleman's life is one big "What if?" As a Searcher, whenever Addie is faced with a choice, she can look into the future and see both outcomes. It's the ultimate insurance plan against disaster. Or so she thought. When Addie's parents ambush her with the news of their divorce, she has to pick who she wants to live with–her father, who is leaving the paranormal compound to live among the "Norms," or her mother, who is staying in the life Addie has always known. Addie loves her life just as it is, so her answer should be easy. One Search six weeks into the future proves it's not.

In one potential future, Addie is adjusting to life outside the Compound as the new girl in a Norm high school where she meets Trevor, a cute, sensitive artist who understands her. In the other path, Addie is being pursued by the hottest guy in school–but she never wanted to be a quarterback's girlfriend. When Addie's father is asked to consult on a murder in the compound, she's unwittingly drawn into a dangerous game that threatens everything she holds dear. With love and loss in both lives, it all comes down to which reality she's willing to live through...and who she can't live without.


And to add to all the excitement, Kasie recently sold another two-book series to HarperTeen! That's right, she'll have two YA books hitting shelves next year: PIVOT POINT and THE DISTANCE BETWEEN US!


Kasie West's THE DISTANCE BETWEEN US, a humorous love story about a girl who has her lifelong disdain of the wealthy challenged by the son of a hotel mogul, whose attention and loyalty almost convince her that being rich isn't a character flaw, until she finds out that money is a bigger part of their relationship than she realized, to Sarah Landis at Harper Teen, in a very nice deal, in a two-book deal, for publication in Fall 2013, by Michelle Wolfson at Wolfson Literary Agency (World English).

And for those of you craving to know more about THE DISTANCE BETWEEN US, here's the full summary:


Seventeen-year-old Caymen Meyers studies the rich like her own personal science experiment, and after years of observation she’s pretty sure they’re only good for one thing—spending money on useless stuff, like the porcelain dolls in her mother’s shop.

So when Xander Spence walks into the store to pick up a doll for his grandmother, it only takes one glance for Caymen to figure out he’s oozing rich. Despite his charming ways and that he’s one of the first people who actually gets her, she’s smart enough to know his interest won’t last. Because if there’s one thing she’s learned from her mother’s warnings, it’s that the rich have a short attention span. But Xander keeps coming around, despite her best efforts to scare him off. And much to her dismay, she's beginning to enjoy his company.

She knows her mom can’t find out—she wouldn’t approve. She’d much rather Caymen hang out with the local rocker who hasn’t been raised by money. But just when Xander’s attention and loyalty are about to convince Caymen that being rich isn’t a character flaw, she finds out that money is a much bigger part of their relationship than she’d ever realized. And that Xander’s not the only one she should’ve been worried about.

Doesn't that sound fantastic? And both of these coming out in one year! I'm in awe.

Please join us in congratulating Kasie, squeeing over PIVOT POINT's cover, and maybe adding THE DISTANCE BETWEEN US and PIVOT POINT to your goodreads shelves! :) 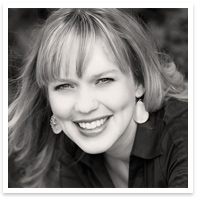