As writers, we really do have to live in our heads a lot of the time. It’s how we get to know our stories, our characters, figure out the best way to breathe life into them. And just like every writer works differently, every book comes about in its own way, too. So it was this Truth submitted by Joan that got my attention:

Why did you write this particular novel (the one debuting in 2013) and how many had you written before this one?

I’m going to start with the second part of the question, since it really loops back around into the first.

Before DUALED, I’d only ever written one book. Which I was actually just finishing querying (I’m going to call it the Hella Crappy First Young Adult Novel Which Shall Not Be Named for the sake of this post) when I was suddenly, wondrously struck with a Shiny New Idea.

Well, okay, not so much. It was actually my son who asked me a question about doppelgangers—though I can no longer remember how or why it came about. The question was, How did we know for sure we didn’t all have one somewhere in the world, simply because we never saw them?

This was pretty much my thought process afterwards:

Hmm, that’s an interesting question, I don’t know the answer but…you know what, that would make a pretty cool book, I wonder if anyone’s ever…hey, wait, I could write that book!

I’m going to say something now that might sound crazy (and probably is, but I’ve been told all writers are crazy to some degree, anyway): I don’t think I chose to write DUALED as much as it kind of…sort of…chose me. Wired on little more than caffeine and adrenaline, I pounded out that sucker over a period of five weeks. No one knew I was even writing, so I wrote while the kids were in school and at night when everyone was sleeping. Though I’ve since discovered the beauty of outlining (especially when it comes to revisions and realizing that plot holes are just not that much fun to fix), DUALED was pretty much pantsed the whole way through.

It just…worked. Things came together. For me to have written DUALED, it was this strangely perfect combination of getting the aforementioned HCFYANWSNBN out of my system, an offhand question from a curious then-eleven year old, and a plot that just seemed to fall into place, more or less.

It’s very cool and a bit scary to realize that each and every book out there is more than just pages and ink and a nice, glossy cover. Here’s some possible hows and whys behind a book being written:

1) It’s an idea that first reared its head when the writer was a kid, a teen, an adult, slowly percolating in the back of their mind until it was finally ready to take shape.
2) It’s one vivid image that steamrolled and somehow took on a life of its own.
3) A dream one night.
4) Years of brainstorming and research and outlining.
5) Cobbled together from scavenged parts of older, trunked novels.
6) Countless hours of lost sleep
7) Even more hours of said writer committing to Butt-in-Chair in order to finish what they’ve started.
8) Following a trend.
9) Wanting to start a trend.
10) The ultimate proof that it’s really not nuts to go for broke.
11) The most satisfying told-you-so to naysayers.

So here’s the thing, what it comes down to—books happen in all kinds of ways, for all kinds of reasons, and just like writers and how they work, no two are the same. It keeps this whole writing thing so very exciting and challenging. It’s what drives us to insane lengths even while it keeps us grounded. And I think we’re so very, very lucky to be able to be a part of the process, both as writers and readers.

Thanks to Joan for submitting this Truth. Because it's my first Truth or Dare, your prize is a $13 gift card to B&N or Amazon! Please email me at elsie.chapman@gmail.com so I can get it to you asap.

Up next on Friday the Thirteeners, for your Valentine’s Day viewing pleasure, we have a seriously fantastic guest coming by. YA author Chris Howard will be in the house on Tuesday, February 14, to vlog us a song inspired by his debut novel ROOTLESS (Fall 2012)! Bring lighters. See you all then! 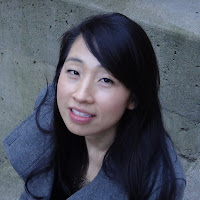 Elsie Chapman grew up in Prince George, BC, before graduating from the University of British Columbia with a BA in English Literature. She currently lives in Vancouver with her husband and two children, where she writes to either movies on a loop or music turned up way too loud (and sometimes both at the same time). She is represented by The Chudney Agency and DUALED is her debut novel. It will be released by Random House in Spring, 2013.
Posted by Elsie Chapman at 6:00 AM