Some of you may remember from our post this past summer that I married my high school sweetheart. One of our readers asked us to describe the first time we ever went on a date, so of course my thoughts went straight to the first date my now-husband and I went on. We went to see What Dreams May Come and then, despite having just watched a movie about death starring Robin Williams, we kissed on the back porch of my parent's house. It was my first kiss, and I was so self-conscious that I don't really remember anything about it except that it happened and I was super excited about it.

But then I remembered an even earlier date, a date so early I don't really know if you can technically call it a date. But I'm going to tell you about it anyway.

In elementary school, I had a crush on a boy in my class named Keith.* He was blonde and skinny and grew up to be a drug addict, but at the time, we were two innocent schoolkids. On the second to last day of fifth grade, we decided we were "dating," and then proceeded to not see each other for the rest of the summer. We had only a tenuous grasp on the concept.

Toward the end of the summer before sixth grade, my aunt gave me a gift certificate for two tickets to a local movie theater. The idea was that one of my friends and I would go see a movie together for my 11th birthday. Only I wanted to take Keith. Despite some concerned looks, my mother agreed to pick him up and drive us to the movies. I don't remember what we saw, but I do remember challenging Keith to a footrace outside the shopping center while we were waiting for my mom to pick us up after the movie. At the time, I saw no reason to let a boy win a footrace against me, even if I liked him. I beat him pretty soundly and I doubt I was very nice about it. Not surprisingly, Keith decided we should "just be friends" shortly after sixth grade started.

So, I'll leave it up to you, readers. Which one of these was actually my first date? 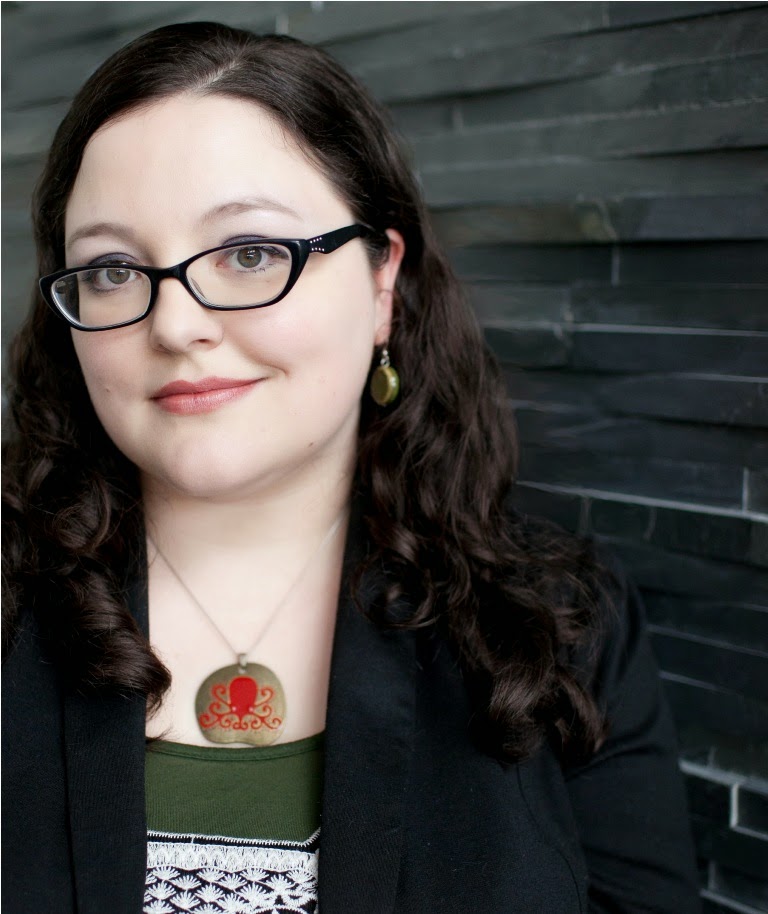 Alexandra Duncan is a writer and librarian. Her first novel, Salvage, is due to be released by Greenwillow Books on April 1, 2014. Her short stories have been featured in The Magazine of Fantasy and Science Fiction and The Year's Best Science Fiction & Fantasy. She loves anything that gets her hands dirty – pie-baking, leatherworking, gardening, drawing, and rolling sushi, to name a few. You can find her online at Twitter, Goodreads, and her web site.
Posted by Alexandra Duncan at 7:30 AM